Cork Ignite was supported by the Arts Council of Ireland and Cork City Council with partners National Sculpture Factory and Create Ireland. Please see the short videos below.

Cork Ignite was an hugely ambitous live art project by Simon McKeown. It played out to an audience of 7-10,000 thousand in the City of Cork on the evening of September 15th forming the culminating event of Cork Culture Night 2015.

The work was conceived as a public artwork, tailored to suit a large and very diverse audience. The conceptual appeal of the material, its staging and dramatic effect are all big issues and as such it had to be much more than a single thematic theme. This is not cinema. Instead, it is about confounding, confusing and entertaining an audience, aged 5 to 80+. Cork Ignite did this using 3 key intertwined themes, taking inspiration from Cork and its history, material from the creative disabled community of Cork along with manipulation of city and architectural space.  It was a poetical visual work, full of fun and chaos and which surprised, amused and hopefully stunned viewers in the best possible way.

2 years to the day in the making by a very small team supported by a truckload of equipment from Hemel Hempstead, near London, and a team of engineers, using 3D scanning and projection mapping technology the City of Cork was brought to Light.

Mckeown’s work used projected Braille as a method of communication and as a way of linking the journey of the work. Video and audio were deliberately full of mistakes such as the dysfunctional cuckoo clock which persistently misbehaves; inspired by one of Cork’s lovely workshops. The many and various fabulously coloured buildings of Cork made speedy appearances linked to Simon’s favourite 1970’s disability car. Hidden amongst the clips are images of Cork graffiti – Love is Real with love hearts a feature of the work.

The famous blind Irish ((Born 1670 County Meath) composer and wanderer of Ireland Turlough O'Carolan makes a wonderful appearance in a solo string performance by professional strings player Ellen Brookes. travelling into the past, as we travel through a 3D map of Old Cork. Victorian Cork cutout artists O’Driscol and Edouart make appearances in a shadow performance led by Aoife Sullz and other performers from the core art team.

Journey is a theme as is architecturally playing in 3D with the College of Commerce building, weird things happen! Water is central to Cork and it’s often underwater!  Computer technology which finds its home in Cork is referred to using colour and DNA inspired games. From the shadows emerges Icarus and Deafness inspired music derived from a wonderful visual and audio workshops with disabled cork artists. This all this made sense on the night!

Why not watch the event videos, but please remember, the 3D feel which we worked so hard to achieve, and one that you only get at a live projection-mapped experience, is somewhat missing from the videos, The sense of excitement and enjoyment conveyed is not.

“We are still here"

It is our journey

We are still here

And we will love you”

The work has since featured in documentaries, promos and academic review.  During April 2016 McKeown launched Trace Elements, a solo exhibition at the Foundation for Arts and Creative Technology (FACT) in Liverpool, UK, which detailed Cork Ignite.

Ignite (at the time) was a new platform designed to generate Ireland’s most ambitious showcasing of talent from people with disabilities, led by international and Irish artists and performers with disabilities, with projects taking place during 2014 and 2015 in Cork, Galway and Mayo.

CORK IGNITE from Shoot To Kill on Vimeo. 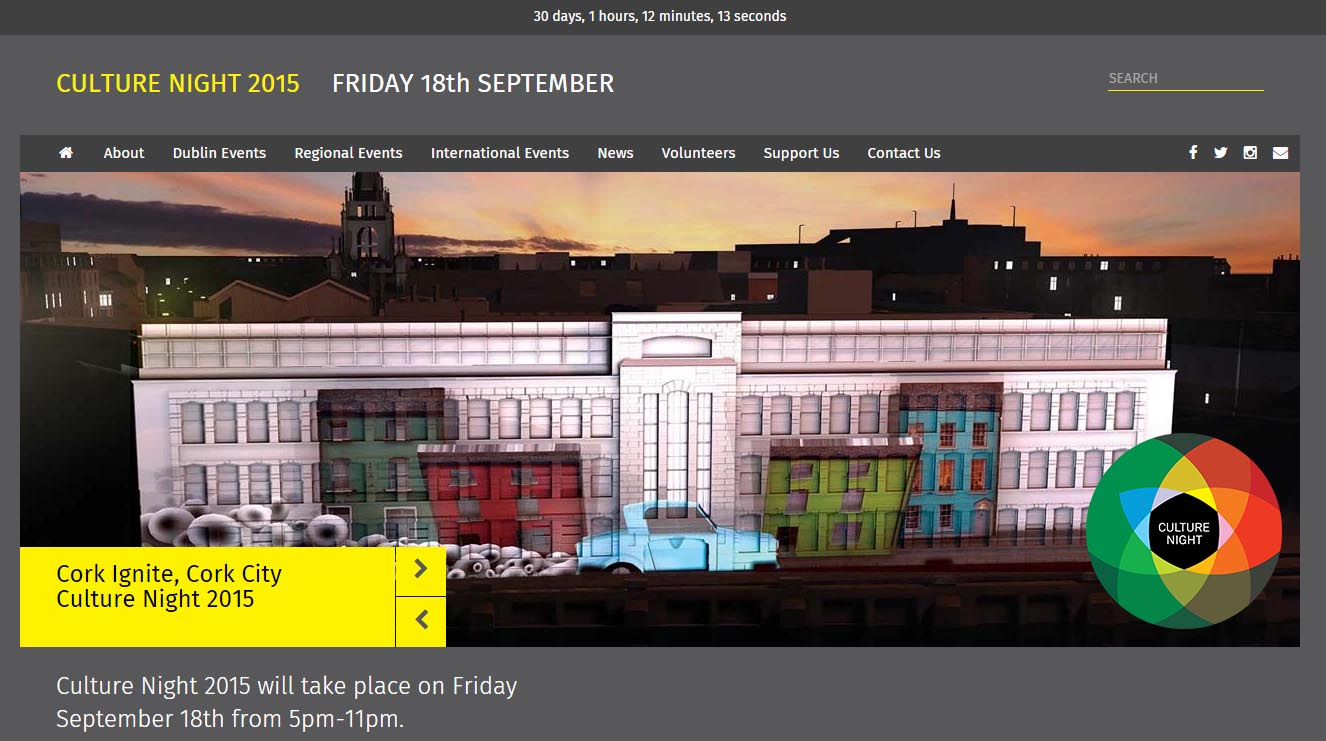